Coming back off of a “retirement” one would think you’d take it easy, right? Push a cool 9 to 5, hanging with the people you know or just happen to befriend when you come back. Though, for someone that loves the thrill of the squad, KSI Eyonia isn’t your typical retiree-turned-member. She loves to see people succeed where those people believe they can’t. I got the chance to pick her brain a bit on how she sees KSI now and a little bit of back when before she retired.

What was your motivation for joining the Mod Squad and Clan Ops?

I remember when the first time I applied to become a Join Moderator, I fell in love with the whole concept of being a Join Mod. KSI BadKitty had recruited me into the Moderator team at the same time as KSI Venum, I think. Whenever I came back this second time, I knew I had to rejoin that team since I loved it so much. Also, I like to be nosy a little, lol.

And with Clan Ops?

Well, the first time was like any one’s time, I would guess. Though, my second time around, I hate seeing squads die and my old home squad, Angels ES, was on the brink of death. So, with KSI Chanting, we decided to rejoin and try our best to fix the squad together. We call each other our Ride or Die buddy, where once of us goes, so does the other. I also love to teach and mentor people. It’s neat seeing people from different walks of life as an officer, and even in the officer ranks themselves.

Speaking of officers, besides being a Co-Founder, you are also an acting-General. This nomination was for you, as a General, but I think you’d probably have an interesting take one some questions. Like, what is your favorite part about being General? A Co-Founder?

As a General, bonding with my officers would probably be one of my favorite parts. Hanging out, just to. And then gaming with the members, letting them see your face. They’re the main reason why we are here and able to do the things we do. Then as Co-Founder, getting to actively meet all the members in all the squads of my division. I tend to hop in each squad’s parties, like a game night or squad meeting. Seeing fresh faces.

Awesome! Though, how about if we flip the script? What would be the biggest challenge that you think you have faced at each of these ranks? As I read Eyonia this question, she kinda laughed a bit.

Coming up the ranks, and definitely as General, I had to get over my shyness. It still shows itself everyone once in a while. I used to avoid confrontation like the plague. It wasn’t until one of my 7s started to bring me into parties with other 7s that my shyness started to calm itself. Having to open up more in front of a lot of higher ups helped me grow out of it and into the person I am today. Back then, I couldn’t handle constructive criticism well, either. Now that I am a 7s Staff myself, I don’t really like the “paperwork”. Then again, what 7s Staff does at times. The red tape we have to go through. Though, I love getting to know my division, so it’s worth it.

There seems to be a lot of things you’ve done in your times here. In all of that, what would you consider your greatest accomplishment to date?

That comes to memory, I would say the splitting of Phoenix ES into Kraken ES.

Where do you see yourself in the community in a year? Long term goals?

Right now, I really want to get into the Division Leader position. That’s what I’m shooting for. Though, beyond that, I’m wanting to split Eternal Souls and becoming a Director or higher, if a spot were to come open.

In all of KSI, who has been your biggest influence personally?

KSI Chanting, of course. We’re ‘Ride or Die’, haha. He’s always been there with me, to keep me going and hurdle through what comes. He constantly tells me to use my voice and speak up, say what I mean.

Of course, KSI Chanting is your good to guy, best friend if you will, for any kind of advice, but who would you claim as a mentor?

Both of my times in KSI, KSI Gambit would have to be considered my mentor. He has this ability to put things into prospective and really get me to understand how things should be as a leader.

KSI Chanting is, of course, the person you turn to and Gambit is your mentor. Though, obstacles are really something that has to be a personal strife. Have you had to overcome in your KSI career?

Definitely shyness. Being able to put myself there used to be hard for me; at times, it still can be. Anxiety and my brain over thinking things. What has helped was a former higher up bringing me into parties with other higher ups. They said I ‘needed to be seen’. It brought me out of my comfort zone, majorly.

And now we come to the last KSI related question, how did you feel when you received your current promotion?

Honestly, it didn’t feel any different, though I was extremely happy. It’ll let me help out with the squads and the division as a whole. But that first time? Super stoked and nerve racking, lol. Though it was fun because I got to learn new things.

We all know the members are more than just KSI. So, with that, tell me a few things about yourself that not many would know? Like, if you could be any game character from your favorite video game, who would you be and why?

Oh gosh. Video game? I’ve played so many. Probably Alice from American Magee’s Alice Returns. She’s NUTZ. She’s not your normal type of character, not of the norm.

Do you have nicknames in the community?

That’s a LOT of nicknames. So many, lol. Now the absolutely last question, maybe? Who is KSI would you choose to switch places with for a day?

Someone in KSI? For a day? Possibly KSI iGeordie. He’s a professional Graphics Designer. He’s a very interesting person and from the United Kingdom.

After talking with KSI Eyonia about her time in and out of KSI, I can understand why she was nominated for this General Spotlight. She is a charismatic and charming individual. Someone that has the heart to give, even to someone she doesn’t even know. I can understand how she and other members of her squad grew so large and knowledgeable to be able to split their squad into a new one and thrive. 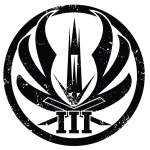