A lot of people are saying that Battlefield 1 will the the best thing since automatic, rapid fire machine guns. But will it really take the cake? Or will it choke on the cake and plummet like a disabled fighter plane?

For some, there is access to the beta. The rest of us are forced to suffer in anxiety and anticipation for October 21st to roll around. Maybe you can stop by Dice or Electronic Arts’ office and get a free copy while trick-or-treating?

Speaking of EA and Dice, EA has confirmed the use of micro-transactions and map packs to be added into the final game. Not only does that add to the community hate that EA may or may not have received recently, but it also gives the game a “Pay to Win” feel to it.

Enough of that though. It’s ruining the vibe. Imagine everything Battlefield put in to World War I. That’s what this game is.

Whether you play the game one way or another, it doesn’t matter. There are multiple view points and ways to play the campaign so you can play until your boots come off with no limits like most other “corridor” level based games have.

So they have a cool single player. But what about multiplayer or co-op?

Hold on tight because you’re about to be blown away. First person shooter. Large maps. 64 players! Land, air, and sea battles! All of this and more is sure to bring the true Battlefield experience to a new and interesting setting.

There is a lot of hype for this game, and for very good reasons. Some very risky decisions have been made by the developers that could make or break this game. But one thing is for sure, it’s bound to make a name for itself. 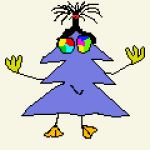