The Beginning of Ronin’s Tale

Ronin started his long career in the Modern Warfare 3 era where he was Recruited into chaotic HD. His time in Chaotic HD was kind of slow. He says this was probably the least memorable time in his entire KSI stint. However, much of his KSI life changed when HD split into IO. Ronin decided to become involved and decided to become an officer and work towards being a General. During this foundational time for Ronin he was part of Paradox IO. Later he transferred to Lonestar. He was there for a year, and started plowing his way through the ranks learning, growing, and becoming the leader you all see today. However, getting there was not easy.

After all his hard work and time in IO he was finally given a chance to be the General in Lonestar IO. He did much as a General and impacted both his squad and division greatly. Ronin even almost became a Co-Founder, but had both life issues and issues with leadership. He eventually decided to take some much needed time for himself and left KSI for a few months.

Ronin came back into KSI, and joined Paradox IO again. During this time he focused less on being an officer, but on being active and being apart of tournaments. I believe this shaped him greatly to what he is now.

When IO and EO merged, he became an officer again, and became the General trainer for EO. He trained Generals and prepped squads. Once he and a Co-Founder believed someone was ready for General, he would transfer to another squad and do it again. He spent so much time doing this, he decided to return home, to Vendetta.

Of course if you know Ronin, you know this didn’t last long. When Vendetta split into Volatile, he once again decided to plunge his life into being an officer again where he then became a General. Finally after months of working hard and growing his squad, he was promoted to Co-Founder in EO. Once a Co-Founder he never looked backed or hesitated, he plowed his way and earned his way through the ranks.

Where Will He Go Now?

After speaking to many EO members from his time it’s obvious he was a very influential leader. Once he was promoted he directed a few Divisions, but his important time as a Director was when he convinced the seniors and board to merge to dying the Divisions LW and DR. Ronin decided to take both of them under his wing and he made DW. He essentially was the Division Leader. With the help of Gary and eventually Havoc, he made a thriving and steadily growing Division. His influence has caused DW to be the first Division of the month for the Divisional cup! With his long and influential career he was finally given the opportunity to become a Senior D

irector, and that is where we are now. If you know Ronin, than you know his history won’t end there. 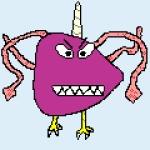