Before people could communicate with words, they communicated with signals. Eventually languages were created, developed, and used throughout the world. People could openly discuss ideas, yet, translations of a vernacular (the language of the region) could be difficult. Although language was created, people still communicated using hand signals. The peace symbol and the bird are two hand signal used today that have adapted over time.

The “V Sign” is commonly referred to as the peace symbol. The ’70s were a time where almost everyone used this sign as they lived freely and tried to stay hip. However, the peace symbol dates back quite some time, and it does not have the best meaning behind it. Turn the peace symbol widely used today around (palm facing you) in the right era, and you might have offended someone. It began in 1415 at the Battle of Agincourt- the decisive battle of the Hundred Years War due to the success of the longbow. The English decided to taunt the French.

They turned the back of their hands, raised two fingers in a V-shape, and shook their hand. This became known as the “Two Finger Salute. The salute allowed the English to communicate with the French that they still had their index and middle finger. Both were necessary to draw back the string of the longbow before they fired. The English did this to taunt the French because the French would cut the two fingers off of the captured archers so they could not fire their longbows.

V for Victory Freedom and Peace

The symbol changed a few hundred years later during World War II. The symbol and meaning were changed by a Belgian Politician fleeing to England. He wanted to spread a symbol of resistance to the Europeans that lived in German-occupied territory. He came up with the idea of using the letter V as the symbol of resistance. France used the letter V as a symbol of victory. The Dutch used it as a symbol for freedom (the Dutch word for freedom is vrijheid). The ’70s soon came and so did the interpretation of the V sign stands for peace. It stands for peace because during this period the U.S. was in Vietnam. People were tired of the reckless war, so they adopted the V sign as resistance to the war. It eventually spread and became the peace symbol used widely throughout the world.

Everyone in America knows what someone thinks about them when they receive the bird (middle finger up with all of the others down). Similar to the “Two Finger Salute,” the middle finger represents a not so pleasant meaning. The finger dates back to Ancient Roman times. There are a few alternate versions of the origin, but most include the same ultimate message. The middle finger pointing straight in the air represented male genitalia; the knuckles of the other finger that were down represented the testes, which earned the middle finger the name of the indecent finger.

Some Romans believed that it could ward off demons and protect them from other unwanted stares. If someone stared at the Romans too long, and they felt like they were being threatened, the Romans might have decided to show their enemy the finger.

Will the Message Last?

As long as people live they will communicate through speech and through their hand signals. People will forget signals and will create new hand signals for communication. The interpretation of hand signals might stay the same, or they might change. The symbols, as well as, peoples’ language will evolve with time. Society will adapt and will use hand signals as a way of expressing their thoughts, whether it be positive or negative. 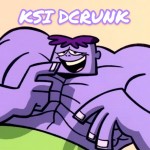