Recently, the KSI News Team had the pleasure of interviewing KSI xTiger 77, the winner of the May 7s Spotlight. From start to finish, Tigera??s answers were very insightful and well thought out; Exhibiting why shea??s been such an excellent addition to the KSI family. Ita??s plain to see why KSI xTiger 77 is worthy of her rank as the Division Leader of WD.

As a Division Leader, what is the best part of your rank? Why?

What experiences have you had while rising through the ranks? Any favorites?

“Watching and mentoring the leaders below me grow and develop. Watching members who become really active and involved, who love this community for everything that it is, and strive to make it better.“

“That’s a tough one, because you learn as you go. You’re guaranteed to make mistakes. I know I’ve given it my all since becoming an officer, and I’ve made my fair share of mistakes for sure.

Looking back, as a General. I would be more observant about potential officers, really think about how those potential officers will turn out, and what they would end up doing as an officer. It really helps put the Knowledge in KSI. It’s all about learning from your mistakes. SSGT is the officer-in-training role, etc. It’s just the first step of your learning.“

“KSI Cherry 7, coming up through Cyanide WD. Anytime things got really tough, I knew she’d would always be there for me and to help me.“

“Originally, I stepped up to be able to help my Gen split Cyanide. Unfortunately the split didn’t end up happening until I became General. And I didn’t even care after I got General. I just wanted a healthy & active squad. Then my squad got really active, and I had a few members step up to be officers and it just happened.“

What advice do you have for future leaders? Any tip or tricks?

How do you train & mentor the leaders beneath you to help them grow?

“I do my best to just talk to them, to be there for them so they can ask questions. As an Acting Co-Founder over a squad, I see things that the General should pick up on. So I try to show that General and other leaders the right path to take and how to stick to it.“

“The moment I won Co-Founder Of The Year. That was definitely a very special moment.“

“Yes. One of our squads was struggling to point where it looked like it was going to crumble. It made me feel like I failed them and should’ve done something more to help. Thankfully, they’re doing much better now and things are looking up.“ 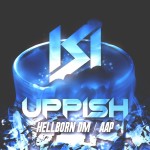