There is nothing I like more than watching a good movie with a bunch of friends. The vibe is just so much better when you know that someonea??s watching it along with you. I love it all – the atmosphere, the commentary, the reactions, all of it. More often than not, myself and my fellow KSI compadres will all gather round in a party (granted we do probably spend about an hour deliberating on what to watch before we actually make a decision) and watch a movie together.

This got me thinking, what is the most popular movie genre to watch with friends? So I decided to take the question to the community and some of the answers I got were quite interesting. Herea??s what your fellow KSI companions had to saya?|

Comedy, because me and comedy have something in common. We always make people laugh and I like that. I also think action is a great genre because I find the adventure aspect behind it, like marvel films for example really enjoyable. They have great storylines and are easy to follow.

Action and adventure movies, because theya??re fun to view with my kids and my friends. My kids may be a pain in my ass but I love to watch movies with them.

I think it would be Action and anything to do with martial arts because theya??ve always held interest to me and my friends.

Horror and zombie, because they just, well, they bring out emotions and stuff and ita??s fun to see how different people react. People are kept involved and theya??re certainly not boring thata??s for sure.

Superhero movies. I like them because I grew up in the bronx and that was a really rough area to be raised in. I had to hide my love for comics because they werena??t a??coola?? until it became an acceptable medium thanks to Hollywood. I was then able to share my love for them with my friends and family without judgement. Ita??s nice to share my passion for them with my daughter and see her enjoy what I grew up reading when I was younger.

Horror, because movies such as alien build suspense which I find riveting. I also enjoy it because ita??s quite funny seeing my friends reactions as they get grossed out.

Marvel cinematics definitely. Ia??d choose them because theya??re easy to watch films and if you watch them with your friends, they cana??t spoil them for you later. Ia??m a geek and a nerd so I enjoy watching to see how theya??ve adapted the films. Ita??s always interesting to see what theya??ve added, changed or missed out from the original comics.

For me comedies are always a go to genre. You can watch them with anybody and make some great memories as well. Most of the time I’m not able to watch certain action or horror movies because my wife suffers from PTSD,so comedies are something we can enjoy together.

Comedies are the go to for sure, but action movies are also a good shout (John Wick) or films with a comedic element (Snatch).

We always turn out the lights, popcorn and drinks at the ready and put on a jumpy horror movie or psychological thriller!! No matter what time of say it is!! Guaranteed someone can’t make it to the end without ‘having to make a phone call’! Last week it was the turn of Sinister 2, and because we’ve all got the weekend off next weekend we’re doing an insidious marathon…. That will be interesting!!!

Me and my friends enjoy the horror type movies and the avengers of course! Cana??t wait for Pet sematary and avengers end game to come out!

I think almost any movie or show is better watched with friends, provided you are all on the same page. If we are watching a goofy comedy, anything is game. If we are watching something serious like Game of Thrones, we are all quiet and paying direct attention to every little detail. With my family and friends get together to watch all kinds of things.

Anything with action Ia??m not big on sappy love stories anymore. They were my go to movies with my Mom. And I cana??t stand stupid comedy, I dona??t mean I think comedies are stupid either I mean I love a good comedy but movies where people play stupid irritate me. Lol so yeah thata??s my story and. Ia??m sticking to it.

The best genre of movies to watch with friends is action/comedy movies, I think this because its gets a thrill going and adrenaline pumping with everyone and it also gives everyone a good laugh during the movie.

Well I suppose it depends on your group of friends really. If youa??re with the girls disney or romance is the go to but when youa??re with the guys ita??s gotta be Arnold Schwarzenegger kind of action thrillers. If the crowd is mixed the easiest thing to do is take a vote so everyone can have a choice and express their opinion.

I found myself thinking after putting that question out there and realized that there is in fact no perfect genre. As long as youa??re surrounded by friends and the vibe is good, it doesna??t really matter whether youa??re watching a??Bad Boys IIa?? or a??The Care Bearsa??. All that matters is that youa??re all having a good time. At the end of the day isna??t that what matters? 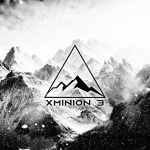