A zombie apocalypse, those who can run hold the power. Techland’s Dying Light casts you as a parkour-expert in the quarantined city of Harran.

Quarantined? Why? Nothing, but a good ol’ Zombie apocalypse.

I feel Techland has a few makers who enjoy a zombie survival. The game’s first-person free-running reminds me of Mirror’s Edge, but it is clumsier and has a “this could actually happen” feel.

These are not the Meta human type of parkour leaps and bounds. Just imagine the stress of a hoard of zombies is on the ground, and you must travel via ransacked rooftops and broken down cars.

You feel the excitement and adrenaline pump when you making the choice of “I think I can make this.” The stress is real, my friends.

Fictional Harran’s dense city like structures and large map allows the player to master the traversing of the city; however the best of routes are never the easiest.

Speaking of Harran, let’s disused this city’s history. Harran is a self-governed city state somewhere in the Middle East; the city has been in prep for an international sporting event. Next thing you know, a massive outbreak of some type turns the majority of the city’s population into flesh eating zombies. The city was transformed by the remaining few.

The slums have been transformed into Parkour runners dream, even the outskirts near the bridge has been transformed to adhere to those who can run. Which in this city if you have that skill you are high asset to the surviving community?

One of the biggest key factors of the game is the concept of day and night. During the daytime, the flesh eating hoards are smaller and much slower moving. However there are different classifications of zombies that always keep you on your toes.

Now night falls and the entire landscape morphs. There is only small amount of power running in the city, that being said no streets lights are lit to assist in night time exploration. That’s the least of your worries through the most volatile and powerful zombies come out at night to play.

Dying Light could very well be an extension of Techland’s Dead Island series. Everything from the crafting and upgrading of you weapons to the open world concept screams Techland.

However, Dying Light is a much more successfully made game. The combat is tighter and much more violent and bloody; the graphics are beautiful and detailed especially the land. Let’s not forget the movement in dying light brings out a whole new aspect of zombie survival.

Weapons allow you to repair only so many times and the weapons degrade with every blow, which makes you get accustomed to using all types of weapons.

The level up system is a natural system that allows for certain skills to be levels the more you exert the skill. For example, if you’re run jumping along the top of building your agility skill will increase. If you focus on attacks, your strength will improve.

I found out that starting off improving your agility will unlock some very useful skills like a drop kick that sends your zombie attackers flying backwards or the skill that allows you to merely run up and over them like a springboard.

Overall, gamers need take the time to warm up to the game and enjoy the totality of it. Once you grasp the running, the game is so much more exciting. Explore the vast open world, unlock safe houses and help survivors. 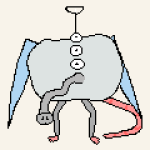