KSI Airborne 7 is someone that many people in and out of KSI are familiar with. It might have something to do with him being around since 2012. Even taking a stint of time away from KSI at the end of 2014 and coming back in 2016, he’s made a major name for himself. He’s also been around the block with Clan and Dept Ops more times than most. For those whom don’t know him, don’t fret! I had a moment to catch up with our Chief of Community Relations KSI AIRBORNE 7! Here’s some of the things he had to say about his KSI career!

You aren’t born a winner or a loser, you make yourself one.

If you could go back in time and change anything about your Clans Ops experience/time there, would you ?

I think that the only thing I would change happened in 2014. Divine Reign, (DR), was close to a split and I had joined the police academy at the time, so I ended up leaving. If I could, I would probably try to go back and make it work. Try stay in the community in some kind of aspect.

Running Departments was a pretty unique experience. To run a individual department is one thing, but to have a few teams where they have leaders, and you have to lead them as well, it can get clustery. You have to make sure everyone is on the same page while making sure the goal they have set is to better the community instead of making it easier on themselves.

What are some difficulties that you encountered while you were CDM?

When promoted to CDM, some areas of Departments had been neglected. Because of that, my initial experience was playing catch up with the departments that didn’t have any leadership, or others that didn’t have members. I was stepping into a position that I wasn’t fully prepared for with some of the areas not in great shape.

What were some of your favorite memories from being a CDM, or from KSI in general?

Some of my favorite KSI memories were being a squad level officer. Specifically hosting game nights, and spending time with my squad members. We used to do Gun Game and name change tournaments. I miss the day to day activity the most. Hopping on, chilling with my squad playing whichever games were hot at the time. I made really close friends then that I still talk to today, and have even met up with some of them.

With your new position, Chief of Community Relations, what do you plan to do in this position? What can the community expect in the future?

So far as CCR I have got us a new line of merch, partnerships with Air Drop Crates, Creation Snack Company and Rogue Energy. I also have been working with other communities (Hydra, XS, KN, etc.) to help develop partnerships between our communities. This gives leaders the opportunity to speak with each other and see what does and doesn’t work. It also gives us the opportunity for joint events to add more diversity and enjoyment into the community. As far as future plans, the goal as CCR is just to make sure that KSI stays relevant and connected to its members and to other members of the gaming community scene.

How has the transition been between CDM to CCR?

The transition this time has been pretty smooth. Unlike when I became CDM, it wasn’t my first Board position. So this time it was easier because I was moving laterally at the Board level. This is also a role I made, so I get to invent and create what the role and responsibilities are.

Do you have any advice for members wanting to move up in Departments or Clan Ops?

I think the best advice I can give anybody trying to move up is to speak with their leadership, and the next guy up. Figure out what it is they do, and spend time with them so you see it yourself. Try and learn the job before you even have the opportunity. This will give you a leg up on the next step when you are given the shot.

How do you manage having a family and being in KSI?

To manage having a family and being in KSI, you have to be able to separate and prioritize.  A lot of it is communication. If I have something going on I let the other Board members know so I can step away if needed.

What advice can you give to others in KSI with families?

To make sure that, although the community can be a great thing for people, you don’t let it get in the way of spending time with your family. You only get so much time with people, and usually you have no idea when that time is ending. 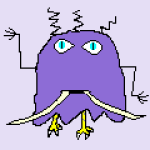