Going into this interview I already had an idea of how it was going to go. Although I did not expect some of the answers that were given, I wanted to showcase a side of BMack that inspired me personally. Since I’ve come to know him, I have seen a part of him that not many people witness. I wanted to showcase this aspect to everyone, BMack’s more caring and sentimental side towards the members of his squad, Imperial, and his Division, SL. I hope anyone who reads this can see the same side I do after this interview.

â€œThe best part is if someone needs me they can come to me, and I have the power and authority to fix the problem that has been brought to my attention.â€

What experiences have you had while rising through the ranks? Would you do anything differently?

â€œI had a lot of experiences while going up through the ranks. Though I wouldnâ€™t change a thing. The one I remember most is the one where I stopped down of my own accord, because I didnâ€™t feel like I could properly serve my squad. However when I could I work my way back up through the ranks.”

Any advice would you give to your past self?

â€œStop being worried about offending people, and just say what’s on your mind.â€

At this point, it sort of hit home with me. I’ve always had been worried about what other people had thought. Which I had noticed with other’s that I have talked to. Never did I think that BMack was someone to worry about what others thought about him. That he was just someone who spoke his mind, but come to find out it took him time to get there. I always thought he was an outspoken person from the get-go. It was a refresher to know he, like myself, has grown quite a bit.

Who was your role model as a “younger” officer?

“KSI Rogue 7, he brought me in and trained me. He promoted me my first time, and I was a Captain under him and learned a lot.”

“My original why was because I knew Rogue and I wanted to join what he was in. Now has since changed to be more about helping the members in the same ways that KSI has helped me.”

“What motivates me most is that I want to be there to help people the way people have been there to help me in KSI. To help build Imperial into a squad where no one feels alone.”

What general advice do you have for future leaders? Any tips or tricks?

“Don’t be afraid to speak your mind, regardless of your rank. Especially if you feel that someone or something is wrong or can be improved upon.”

This was something I always felt had been an important piece of advice. BMack was showing many of the leadership traits that made him a great pick for General. He was far more forward about being someone who wants to be there for his members. BMack also wants to be there for his friends as a person they can rely on. And who’s goals go hand-in-hand with a lot of people because we all want to build a better community for our members.

How do you mentor the leaders beneath you?

“What I do is give them jobs that they need to do, and that way they can learn to do it on their own. If they canâ€™t I want to see if they can come to me for help, and one of the sides that I want to see is if people can ask for help.”

“My favorite memory is probably when I had to face the entire Imperial officer core on Pubg just because they wanted to mess with me and see what I could do.”

“Yes I have, the most notable time was when I was promoted to General of Imperial. I wasn’t sure that I was the best person to take over as General for the squad at the time. It was very difficult for me to admit, and thankfully I’ve since proven myself wrong.”

Needless to say, this General truly cares about the members in his squad. After talking to him, and understanding where his viewpoints on various squad issues. It’s clear why he was a phenomenal pick to be a General. You can hear in his voice the intent he has within KSI. BMack’s true determination to make his squad better than it was before. He’s always pushing his officers and others to do more than they thought they could.

His way may be different, but that doesn’t make it bad. It’s unique to BMack and the person he has become throughout his KSI journey. Allowing people to learn and think on their own two feet can push people far beyond what they thought was ever possible. BMack cares greatly for his members and forging better officers for the future of Imperial. It was a pleasure to interview BMack and learn more about him than I knew before. 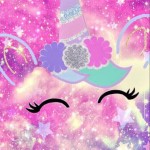