When KSI members log into their Xbox’s they’re really only looking for one thing: people to play with. In many instances, the only people new members get to know are their recruiter and the officer who trained them.

Both members and officers can be huge inspirations to anyone within this community. All it takes is extending a simple game invite – even if it’s an invite to play something outside your comfort zone. It’s little moments like this that are special to our members. Fulfilling the promise that was made when they agreed to be recruited in the first place.

You can also invite new recruits to parties with current members. Helping people network throughout the division and increase their friends list are both essential duties of an active member.

Having the ability to open up to members can bring the newer faces out of their “shells”, making them feel more welcome and less shy and awkward around their new squad. Being the “Friendly Face” can help bring a squad together tenfold.

Being attentive to your squadmates can mean the difference between a failing squad and a flourishing one. Periodically people will go on vacations or lose their Xbox membership and forget to inform anyone. This can lead to trouble.

By frequently making rounds through the squad, you’ll be able to see if certain members haven’t been on for a few days. If you notice this, you should start making inquiries – it can make a huge difference. Get to know whether a member could use a hand with a monthly membership or if they’ve begun to feel detached from the squad. You want to get to them before it’s too late and they no longer feel welcomed.

Another reason members can become distant is if they are looking for Ranked Play. If you can identify the issue early on, you can make adjustments. These adjustments could be something such as a squad transfer or simply an introduction to other members with similar tastes.

One of the worst things to hear getting back from a 10 day Xbox hiatus is that no one in your squad even noticed you were gone.

It’s unrealistic to expect every KSI member to act and talk and socialize the same. The reality is, everyone is different. Sometimes people can carry a lot of baggage but in the end, it’s all about drawing a line in the sand and standing by it.

We have a code of conduct that explicitly states the do’s and don’ts of KSI. That doesn’t mean there aren’t grey areas. Unless someone is being very toxic or has a history of extreme negativity, try to be lenient with them. We all have faults and being able to work around these faults makes us that much better of a person – especially for an officer or leader.

Example: You’re playing Rainbox Six Siege and your squad mate accidentally kills you. Don’t freak out! Just laugh it off and let it slide. The last thing you want to do is make their memory of what should be a fun night into a screaming match over an irrelevant death in a video game.

Don’t get upset when members don’t want to attend a workshop because they had a long day and just want to play games. It’s all about being flexible and open to the different personalities. You will run into MANY during your time in KSI.

We all need friends – its just a simple fact of life. Xbox is an escape from reality. We’re no longer “John” or “Sarah” but instead we’re “KSI Guyy 77” or “KSI Ruby”. Unfortunately, leaving your baggage at the door can be harder than we think. Everyone can use a shoulder to cry on at some point or another. Members of KSI are not just numbers on the forums or names on a squad tag. We are real people and KSI is our family.

Be open and available to your members. Ask them how their week is going or how their family is doing. Members always feel better when they aren’t treated like just another statistic.

We need friends in KSI. We also need leaders. People to not only host events, workshops and gamenights but to also educate other members. When people take interest in tournaments and competitive gaming, officers and leaders can use this to create an experience that will cause even more excitement. Hosting events in a timely and organized fashion creates a healthier environment for recruits.

No one is perfect and not every member is going to be here forever. But while they are here, we can definitely make it an experience of a lifetime! 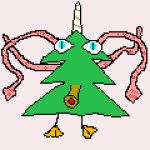 Tags: Be A Friend, Be A Leader, Be Attentive, Be Engaging, Be Lenient, Holding Down The Fort, KSI Skarzx 77, Member Retention
Logging In...