KSI’s Divisional Head Hunters started with a bang. The divisions playing had a lot of support that joined us for Head Hunters Monday Night Madness on our Twitch stream. KSI Gambit 7 raffled out some gift cards and even a game for the members in attendance. The team had a great time chatting about the games and giving each other a hard time. All the teams that played fought hard and played very well. Some of the Hardpoint game play was very intense.

DM came from behind with a vengeance to take the first match. KSI TrueGhost had the Kill Cam of the game. Heavy hitters of the game for DM were KSI TrueGhost and KSI Soap 7. Big players for DL were KSI Shadowo45 and KSI DropShot 7.

WD was off to a strong and commanding lead over ES. Big hitters for WD were Crispea and Brutal Eraze. Impact players for ES were Tourch096 and RUSTYMARSHMELLOW. BRUTAL Erase had the Kill Cam of the second match.

While the main events were happening, there were several other matches taking place.

Congratulations to all of our winning teams. Thank you for everyone who tuned in to watch, and those who played! Stay tuned for our next round of Head Hunters, which takes place Wednesday, March 6th at 9pm EST on our Twitch channel! 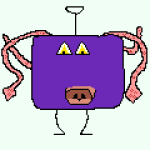