Reviewed on: Xbox One

Jumping back and forth between objects I finally manage to duck inside the doorway of a dilapidated warehouse long enough to break line of sight of the massive raid party of Super Mutants. Where had they come from? I knew I wasn’t quite cut out for fighting the big bad boys that now call this area of Appalachia home.

I scouted the outside from afar and was able to take out the two guards with relative ease. Once I made my way inside a few well-placed explosives and I managed to clear the rest out.

All that time spent fiddling with automatic pipe rifle over that workbench paid off. I was able to tweak the receiver to reload the bullets into the chamber using the recoil from the previous shot, and extended the stock frame without adding more weight. This made me dump about 18 rounds all on the same 3-inch circle. Man can this baby shoot.

Ransacking this place, I’m hoping to find some ammo and resources to make the trip worth it. Found an ordinance box in the corner upstairs. Even these poor sods know to keep that stuff locked up tight. But ever since coming out of the vault, I’ve become no stranger to having to force myself into a container or two. I pull out a screwdriver and a bobby pin and get to work trying to find just the right spot to get the tumblers all pushed up. Well, 5 Bobby Pins later I was having trouble, but I finally got that satisfying click. The crate opens and I find a decent payback of the explosives used to clean this place out earlier.

Time to head back home – we made out good today. I stroll outside and look at my PipBoy to see which way it is to my little camp when, ting ting ting the wall starts sparking behind me. A handful of bullets hit my armor and I can already feel the welts the damn things are gonna make tomorrow. That’s when I slip back inside.

That hurts a lot, better use a stun pack to start clearing up those bad boys early. I need a clear head to make it out of here and still don’t know where those guys came from. If I can slip out the back door fast, I can make a run for it before they realize this fleshbag doesn’t have the fight in him.

Heading back upstairs to the crate, I and make a left instead pushing the back door open. I donâ€™t have have the time to waste and just jump from the second story. Running for the outer wall I hear a gravelly voice yell something I can’t make out, and a few seconds later bullets start whizzing by. Thank goodness they donâ€™t know how to take care of their guns. Those inaccurate peashooters are probably the only reason Iâ€™ll make it out of here alive.

Finally, after a good 20 seconds of full sprint, I start to hear my breath get ragged. Better slow down for now and save my energy. Never know when I’ll need it. That’s when I heard growling. Spinning around I see two mutated hounds coming at me full tilt. No way I’m out running those things. I know Iâ€™ll never level a shot in time, so I press the V.A.T.S. button on my PipBoy and pull the trigger on the first weapon.

It just about reaches me when I hear that oh so irritating click click click. I rear up the back of the gun and bring it down hard on the houndâ€™s head, crumpling it to the floor. That’s one down, whereâ€™s the other? I start to push a new clip into my pipe rifle when the damn thing bites my AR so hard I think it going to tear off the barrel. Finally, I get the ammo in the gun and bring it up to my eyes to see the mutt frozen in place. Confused for a second, and deciding not to look a gift horse in the mouth, I squeeze the trigger. Then again, and again, and again. No bullets. Nothing. Then everything slowly goes blackâ€¦

Fallout, (and almost all Bethesda games for that matter), have reached critical acclaim and a great experience for players in the past. This is due to its incredible single player game and storyline. However, Fallout 76 has a very hard time trying to fill the shoes of its predecessors.

The lack of NPCs makes it harder for the developers to create an engaging and immersive story. This isnâ€™t to say the game doesnâ€™t make great strides on that front. The story of survival and reclamation of Appalachia is an interesting one – between the exploration you can do and the voice acting in the game. The potential is there. However, 76 falls short in that aspect since everyone you interact with is deceased and almost every story ends in sadness or without a proper finish. This puts a large amount of time and effort on the player to find their own ending via many unmarked terminals or seemingly ordinary abandoned newspapers.

The only living person you have â€œconversationsâ€ with is with Vault 76â€™s Overseer. (So quoted because you just listen then act. There’s no dialogue to respond with, nor do you ever meet her.) This is why I say the voice acting has such love put into it; because of all the dialogue you encounter from her, and the choices she makes in how to progress through and take back Appalachia. The Overseer really becomes a character you can get an identity from. However, the effort put forth in crafting her is severely cut short. Players never interact with her outside of listening to logs she leaves behind, and then acting based on them.

The lack of dialogue with others, and a single format of interacting with the â€œOverseer”, makes the game feel stale quickly. Many of the quests in the game can be equated to â€œfetchâ€ quests that bring you long distances, back and forth around the map. There is little story or interaction occurring except the fighting of enemies, of which there is no shortage.

As expressed in my immersion story, in the beginning it is a perfectly possible, (and usually a common occurrence), to have the enemies respawn literally on top of you while trying and loot a building or location just cleared of baddies. There is also a shortage of diversity in weapons and enemy archetypes. For as large as the map is, and how many new enemies there are, you seem to only encounter the same three enemy archetypes in each area.

No one enemy seems to stand out too much from the other. Animals are quick and small.Â

Ghouls are your typical monsterÂ

Scorched are ghouls with guns

The supers are bigger and tougher than the scorched.

Mole miners are bigger and and even more tough.

But short of that, there a lack of depth to any enemy.Â

You have big monsters like Deathclawâ€™s and Scorch Beast to take out in teams.Â

There are more mythical monsters like the Mothman and the Flatwoods Monster.Â 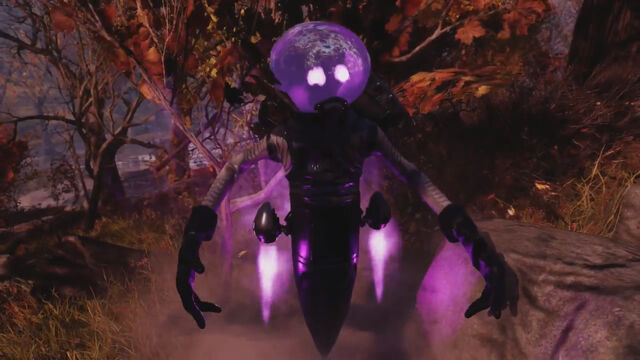 They bring a challenge and almost need for multiple players engaging them, a saving grace to the plainness otherwise felt. Yet again, this falls short as they all seem extremely overpowered.

When a Deathclaw, 14 levels lower than you, can lunge at you and do half your health in damage itâ€™s unnerving. Add in it interrupting your current action, making you flinch for a few seconds leaving you vulnerable to its follow up attacks, and youâ€™re not very happy.

Or, a Scorch Beast literally spamming a ranged attack that makes your entire screen vibrate while flying around being unable to be targeted for 10 minutes. True enough however, the artificial difficulty created by these mechanics can make it incredibly satisfying to dispatch them as a team. At least until after healing and checking your loss of ammo, you walk up to the beast and see the incredibly inconsistent and underwhelming loot not worthy of the fight of a lifetime just given by the team.

-Players can die and lose progress or items due to them.

-Servers crash often, and without warning

-PvP is not in a secure, working state atm

Currently, the â€œEndgameâ€ feature is launching a Nuke and fighting a Raid boss style enemy. (All of which generates more lag and can crash the server). Rewards just feel like they are to prepare you for a fight that doesnâ€™t exist yet.

The landscape is gorgeous and the diversity there is often breathtaking. However issues with lighting, (especially shadows and darkness), take its toll on bringing it down. Enemies hitch and lag, (when they render at all), and textures are unrefined. The only thing the graphics do above and beyond is shown just how dated Bethesdaâ€™s game engine really is.Â Â 6.5/10

When Fallout 76 works, itâ€™s easy to become immersed in the world and lose time in its fun. Itâ€™s not hard to forget why Bethesda games have been so beloved by gamers. As much as you want to enjoy it 76 though, despite the questionable changes and differences, you are quickly reminded of all technical issues. It’s far from what we expected from an â€œOnline Falloutâ€ Â 3/10

Multiple characters are fun to make when you can play the game in different ways, experiencing the story in several manners of response. However, the story is very linear and based on exploration, thus making multiple characters unneeded. Thereâ€™s still plenty of playing time in one character, however. Â 3/10

Fallout 76 has so much potential, like every other Bethesda title. But with the continued ongoing issues, I don’t know if it will ever be where we want it. 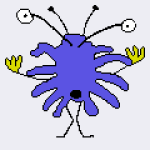