For this months 7’s Spotlight, KSI Eyonia 7 from HSI interviews KSI VENUM 7. As is a Co-Founder in Divine Warriors, he’s gone through plenty of obstacles in KSI and continues on to share his wisdom and knowledge to others.

From all of the HSI Staff, we would like congratulate KSI VENUM 7 on his Spotlight win as well as his recent promotion to Founder of Divine Warriors! Please continue to do what you do and make all of KSI proud! 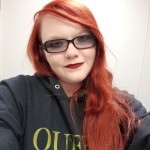