Boots pound the ground outside a building, bullets beat into the side of walls, heartbeats are racing uncontrollably… THIS. IS. PUBG.

On February 7th the News Department hosted a Be My Valentine Community Event on PUBG. Here, members teamed up with a partner and attempted to win in a two game head-to-head series.

Shutes are cut, and teams start to scourge the area for what can only be deemed “Epic loot”.

We start underway with the first game, and majority of the teams are inside the circle; while 4 other teams are on the west side of the circle and somewhat close to each other. It seems that the place to be is in between the North end of Pochinki and South of Rozhok, as teams 2,3,9,10,13, 18 and 19 are so close to each other, if they breathed wrong positions would be given away.

Finally, after what felt like a decade of downtime, we got some action. See, team 2 and 18 have been shadowing each other for 10 minutes, somehow never coming across paths. Well that soon changed, at the School of all places and with Team 18 wiping out all remains.

The Final Showdown was everything that you could ever dream of. Team 6 bomb rushed Team 21, quickly winning that battle, only to be killed by the hateful Blue Zone. All the while, team 19 bullied their way East of Pochinki taking down anything that moves, including the unsuspecting team 13. God rest their souls.

Team 9, who should be renamed The Stealth Brigade, finally made his way back up to the final circle. (One can only assume that Airborne had to shower all that blood and sweatyness off after demolishing teams 12 and 22.) Here, it’s a single man vs 2 duos, and things start to get very sketchy. Team 9 sneak attacks Team 16, who is engaged in a cross-circle battle with Team 19. 16 drops quickly, because really, who can cover both ends safely? With a shot of luck against a low health Airborne, and bullets ranging throughout the valley, Dreadraptor did the impossible by carrying his team to victory, eliminating the last team.

All teams fought fierce and true, but only one could come out as the Victor of the elusive Chicken Dinner. Congratulations to Team 19 – Catch me out side, comprised of DreadRaptor6984 and Rynwlvrtn, on your glorious win!

At the start of Game 2, you would think Team Pegasus would be looking for revenge on Team Catch Me Outside. This after coming out of the first game in 2nd place.

Once everyone dropped and landed, all except the southwest part of the map was occupied and getting looted. The confusing part, team 13 and 17 were separated with a team in between them. Meanwhile, team 11 and 21 are in a bit of an early scuffle.

As the circle started to close in, KSI Fear Meta 7 was the lone wolf of Team 6 after Team 3 zeroed in on them and took out Ranger. The good thing is that he survived. You wouldn’t think this possible after seeing two whole teams practically surrounding a lone man. But, he lived to fight another fight in sheer Meta fashion.

Meanwhile, in the next shrinkage, Team 9 and 11 just got out of the damaging storm, only to be inches away from other teams. Team 11 took out a nasty piece of Team 20, removing them from the equation quickly at first site.

On the way to the next circle of doom, Team 11 and 9 took over the Southwest part of the map. It seemed like they looked to swiftly remove Team 2 and 18 – or possibly each other. Surprisingly, we have three lone man teams that made it far into the war: Teams 6, 12 and 13.

This is the most action we’ve seen during the whole game – a five team encounter. Although Torch put up a good fight by himself, when he wasn’t gallivanting off alone in a field blue death, he was eliminated. This bloody massacre also ended the lives of Team 2, 3 and 9.

Here at the final circle only three teams remained. With the formation both team 11 and 19 were in, the lone man of team 18 was in a bad dilemma. He was sadly eliminated by Team 19.

The circle closed in finally, pushing both teams towards a set of building near the Western part of Camp Alpha. Things exploded like fireworks when both teams knocked a member of each side. Now it was last man standing. Winner takes all the cookies. Dreadraptor vs NahFool. Unfortunately, NahFool had an idea of regrouping and trying to make it a 2 on 1 situation. Dreadraptor wasn’t having ANY of that. Running to the right side of a broken wall, Dread landed the shot of all shots, clinching the win in glorious fashion.

Thank you to everyone who participated and made this Community Event a massive success! Congratulations to our back to back winning team – Catch me out side. We hope you really enjoy your Microsoft Point winnings as well!

Looking Ahead To March

Get ready for the next Thursday Night Throwdown on PUBG! It will be a SOLO tournament starting at three different times, on the hour. So, SIGN UP NOW before the event starts on March 11th!!! 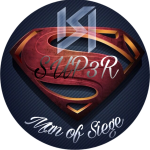